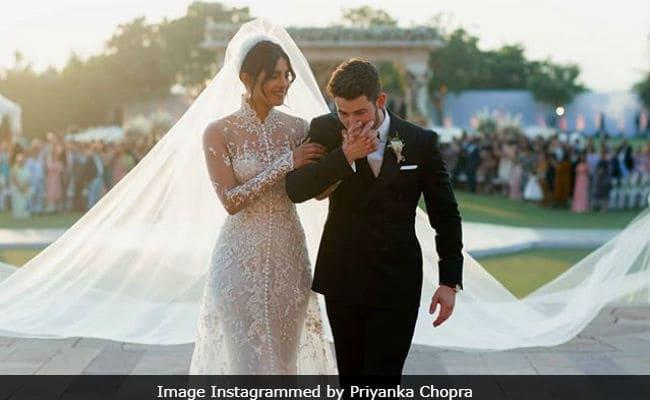 Priyanka Chopra and Nick Jonas have started to irk some with their oversaturated wedding content, but a writer for The Cut took her displeasure to such a bizarre extreme in an article published Tuesday afternoon that intense backlash flooded social media. The website, a part of New York magazine, replaced the article the next morning with an apology.

"Upon further editorial review, we found this story did not meet our standards," the editorial note now reads. "We've removed it and apologise."

In the roughly 1,600-word article titled "Is Priyanka Chopra and Nick Jonas's Love for Real'," writer and comedian Mariah Smith accused Chopra of being a "global scam artist." She wove a theory that Chopra, a Bollywood superstar with 32 million Instagram followers who crossed over into Hollywood with her lead role on ABC's Quantico, is using Jonas, a singer and sometimes actor who rose to fame in the mid-aughts as a member of the Jonas Brothers, for her own gain.

At least, that seemed to be the gist. The article meandered through the couple's history leading up to their wedding ceremonies, which began Saturday after a relatively quick engagement, and criticised Priyanka Chopra's rich-person lifestyle. A few arguments Mariah Smith made:

- Priyanka Chopra responded to Jonas direct-messaging her on Twitter in late 2016 by suggesting he text her instead, and this showcases her "Hollywoodness" because she had the audacity to tell another celebrity "that her 'team' reads her direct messages." Clearly, this was Chopra's way of "indicating that he'd been added to the short list of Hollywood men that she and her team would test out for a possible romance."